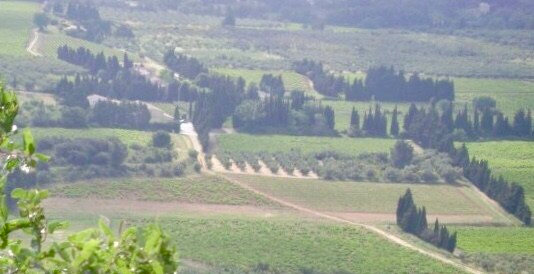 Ahh Provence. The mere mention of the word conjures up an idyllic existence. The French equivalent of Tuscany, maybe Kermit Lynch describes it best in his book Adventures on the Wine Route, the effect arriving in Provence has on him:

“The effect is emotionally exhilarating, like the untying of a mental knot, a release and a shock of open space within that mirrors the widening landscape without.”

Home and inspiration to many impressionist artists, there is no denying the allure and breathtaking beauty of the region.

My reading list recently also included Peter Mayle’s A Year in Provence, chronicling the first year he and his wife spent in Provence – Luberon – to be exact. The book begins in January and brings to light that the region has a winter that can be quite harsh and very cold. I’ll be honest, not something I had really ever considered before. I’m wiling to bet most tourists haven’t. Even the locals are caught up in the magic of the land it would seem as the author notes in his book:

“The effect of the weather on the inhabitants of Provence is immediate and obvious. They expect every day to be sunny and their disposition suffers when it isn’t. Rain they take as a personal affront, shaking their heads and commiserating with each other looking with profound suspicion at the sky as though a plague of locusts is about to descend.”

I have visited Provence with stops in Nice, Arles, Beaux, and Avignon. Provence is known for herbs, lavender, olives, but perhaps most famously, Rosé wine.  It is also known for the Cote d’Azure, often referred to as the French Riviera.

Call me shallow, but pink just looks pretty in a glass and it just fits aesthetically with the surroundings. Rosé wine is light and undemanding and the perfect representation of Provence.

Credited as the oldest wine growing region in France, the history is long and interesting. First records of inhabitants are of the Phoenicians, and of course, eventually the Roman Empire. There is evidence of that everywhere –  a coliseum (where a live bull fight takes place annually), Roman baths, and an aquaduct just to name a few.

The Catholic Church was run from Avignon in the 14th century under a series of French born Popes, at that time making Avignon a country unto itself, much like Vatican City. The Papal Palace still stands in Avignon today, apparently empty and unused. 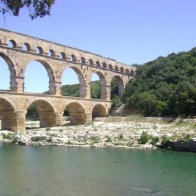 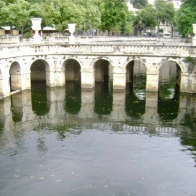 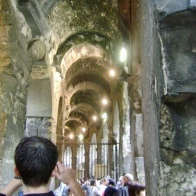 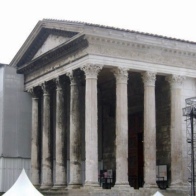 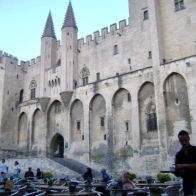 Stretching from the Languedoc-Rousillon region to the west and to the Italian border on the East (although Monaco is technically it’s own nation), the landscape of the region is known for everything from beautiful mountains to glistening sea. The soils are equally varied from limestone, to granite and even a small patch of volcanic soil. There is abundant shrubby ground cover that is mostly a mixture of herbs (thyme, rosemary, juniper) and lavender, collectively known as Garrigue. You will often find “garrigue” used as a descriptor in the flavor profile of the region’s wine.

The Mistral winds, are true force to be reckoned with. Credited with having a real but ill effect on the human psyche, they also play a part in the wine making. The Mistral can keep the vines dry and prevent mildew, but it can also be so strong that the wreak havoc by literally ripping the vines apart.

Provence is the home or Rosé wine production, with a whopping is 88% of the wines being produced as such. It is the home of the world’s only research institute devoted exclusively to Rosé wines. And while Rosé wines are currently all the rage, with US sales rising by over 4,000% in the last 5 years, the real question is how did Rosé wine become the preference of the region? In a region that grows predominately red grapes and produces predominantly Rosé wine, the question begs to be answered.

I dunno, I think maybe Rose just looks prettier in a glass with these beautiful pastel shutters for a background. 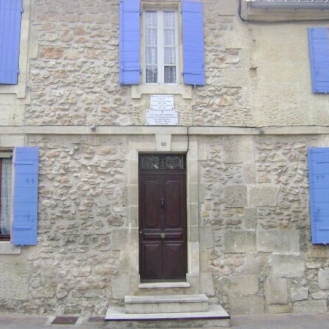 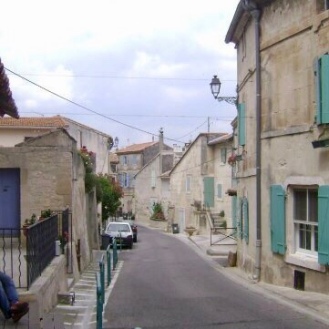 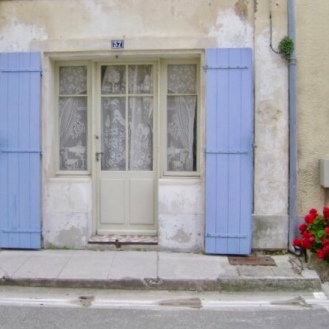 Provence is home to 9 AOC wine regions. Wine Folly, as always, gives us the best visual.

Both of my wines came from the Bandol region. Bandol has the reputation of producing the most serious wines of the region and is known for its big reds with higher tannins and meaty texture. Another region of note is Cassis, producing only white wine.

While the cold winter demands hearty dishes like gamey meat stews and braised beef, the rest of the year is goat cheese, olives, seafood, herbs and fresh bread. I don’t know about you but I’ll take all of that and a glass of Rosé all day, everyday.

All of this reading about Provence, coupled with a group of fellow food and wine lovers having a focused chat about it had me checking airfare. There never seems to be a deal on airfare to Nice. Merde.

What’s a girl to do when she can’t hop on a plane and jet to the south of France? Peruse her local wine shops and google a Provencal recipe of course.

To be clear, when I think of Provence, I definitely think of Rosé. But having just read Adventures on the Wine Route, I was curious about a red from Bandol called Domain Tempier. The closest retail to me was 38 miles away so I decided to go peruse the aisles of wine retailer closer to me that I had been wanting to check out. I asked about Domaine Tempier and the wine shop guy told me that Domaine Tempier changed his life — I almost got back in my car and drove the additional 28 miles – who can resist a life changing wine?

I ended up with a different red, also from Bandol, the 2012 Domaine de Terrebrune Rouge, and what appeared to be a lovely Rosé, also from Bandol, clocking in at a whopping $39 – for a Rosé! But again the wine shop guy told me it was outstanding – I’m such an easy sale. Somehow I ended up in the checkout line mentally justifying my purchases with the fact that it was Valentine’s Day. Never having discussed or looked at white wine options. 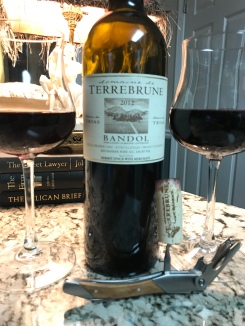 Reds from Bandol must be made from at least 50% Mouvedre grapes although many are higher. This one is 85% Mouvedre, 10% Grenache and 10% Cinsault. It is recommended to pair with game, lamb and beef. We opened this on Valentine’s Day evening and paired it with garlic hummus, olives and an assortment of cheeses. It worked perfectly in our opinion.

Aromas of dark fruit and something I would describe as both floral and herbacious – perhaps garrigue? Dark fruit continued on the palate, with a savory and smokey note. The tannins were so well integrated they literally felt velvety on the tongue. If I were in the cooking mood, I would totally pair this with sausage pizza or a big burger – with blue cheese and bacon. It was $33.99. 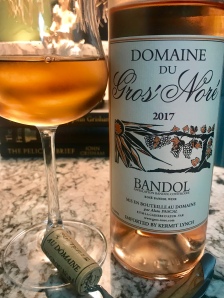 The Rosé was also from Bandol and for the price, I really needed to love this wine. At first I was of the opinion that while it was lovely, it was no better than many $20 bottles of Rosé that I’ve had. But, this wine ended up being far more complex than the average Rosé. It was fruity, bone dry and medium bodied. The most fascinating thing to me was the finish. Not only was it a long finish, it left me with a pepper note! And the more I tasted, the more I felt as though it was a capsaicin type of pepper. So interesting!

I paired this wine with Pan Bagnat, goat cheese with Herbs de Provence, and some exotic potato chips. 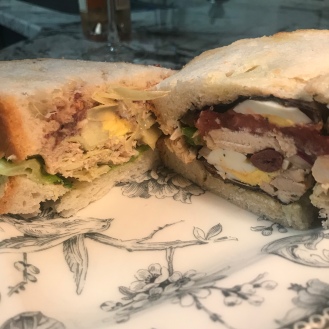 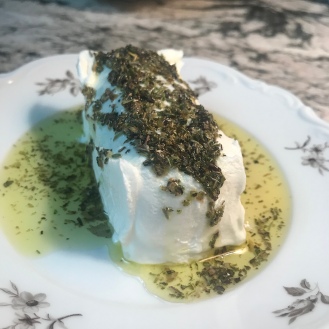 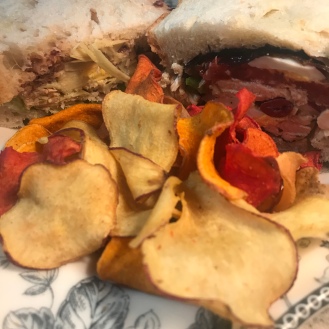 Pan Bagnat literally translates to bathed bread because it is brushed lightly with olive oil before it is piled high with yummy contents.  It is then wrapped tightly, smooshed slightly and placed in the fridge for anywhere from 10 minutes to overnight. Some recipes call for placing heavy objects on top of the sandwiches to help compress them. They are perfect make ahead items that travel well – think picnic or tailgating — or for the beach. In looking at Pan Bagnat recipes, I found one using chicken, while most used tuna, so I decided to make both versions. These potato chips have long been a favorite pairing of mine with Rose – a perfect pairing all by itself.

Sigh. I still want to hop on a plane. How about you?

Read more from other French Winophiles: