I am less than one week way from taking my Certified Specialist of Wine exam. I’ve done a lot of things in life that have required licensing and/or testing: real estate, aesthetician and mortgage originator. All of these these tests were required in order to do the work I was looking to do at the time.  Fast forward to 2016 and I VOLUNTARILY sign up for the Society of Wine Educator’s prep course and the CSW examination. Have I ever worked in the wine industry? Nope.  Did I have a lot of wine knowledge and feel that I needed to take it to the next level — uh, no. In fact, quite the opposite is true! In other words, I put the cart before the horse to be sure.

Although, I had (have) an “obsessive cab” disorder, something had happened after watching one too many wine documentaries. I developed a desire to really learn more about wine. I found a club called the Century Club and the only goal was to document the tasting of 100 different grape varieties. I wanted to do that! It seems the club is somewhat defunct. I couldn’t find any recent activity and emails went unanswered. I had a hard time finding friends that wanted to be adventurous in their wine tasting. So, a little research for options to expand my knowledge landed me at the Society of Wine Educators. I considered WSET, International Wine Guild and even some sort of Sommelier route, but in the end, I decided the CSW was the best option for me.

My prep class began on September 10th and was an on-line, live format that lasted for 12 sessions. The actual time frame was longer than 12 weeks due to holidays, etc.  and ended in mid-December. Each class lasted approximately 1.5 hours and included a drink-a-long wine of the week. Jane Nickels, the Director of Education for the SWE was the live instructor and she was wildly entertaining. I had seriously considered taking this course through the Atlanta Wine School, which offered the class a couple of times a year. The format at AWS was 5 Sundays, from 9-5. I couldn’t find 5 Sundays in a row that I could commit so I ended up taking the online class. Although I constantly wonder if the in-person learning style is better for me, I have to say I don’t know how I would have absorbed all of this information in 5 weeks.

I have a sneaking suspicion that had I not been so clueless about wine to begin with, I wouldn’t be so nervous right now. I’m a good test taker. I passed all of the above-mentioned tests on the first try. In fact, I took the mortgage licensing one because it was newly required by the industry and no one could pass it.  Loan Originators were dropping like flies. I was a processor and the company I was working for actually had the audacity to ask me to take the test so the LOs who had flunked it could still work. The idea being that the LOs who didn’t pass their exams would still make thousands on each loan, originated under my licensed name, and they would give me a $100 a file, in addition to my processing file fee. Ummmm…..no.  But that’s a whole different story.

I was at a store this weekend that had the pneumatic dispensing systems and had about 2 dozen wines to try. They had a really nice selection. I was able to taste a Gewurztraminer from Alsace, Cloudy Bay Sauvignon Blanc, a Saint-Julien Bordeaux, a white Pessac-Leognan Bordeaux, a Chenin Blanc/Viognier blend, an Asti, a Burgundy from Chambertin and a 20 year Tawny Port. I had never tasted a Port before so that was fun. I have to say, that my newly obtained knowledge made this experience a whole lot more fun. It also made me realize that I have been doing a lot of studying and not a lot of drinking and enjoying!

So, I am going to keep studying my flashcards, my self-drawn maps,  the worksheets, the weekly quizzes. At this point I still miss Acetaldehyde, Aldehyde, Rumuage, Mutage and nearly every subregion of any important wine area that exists. Every time.

If you are not doing anything on January 28th at 3:00 p.m., please raise a glass, say a prayer, send well wishes. Once I pass the test (and I hope it will be on the first try), I am going to really enjoy having fun adding some practical knowledge to my book learning! Cheers! 🍷

P.S. Just in case you wanted to know: 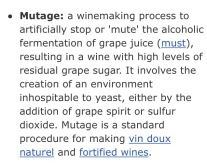 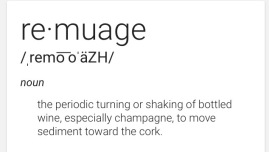